After School Special: Down at the Junk Yard 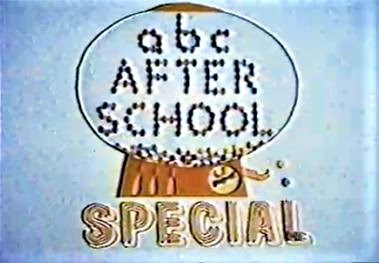 Around the summer of 1974 there was a vacant lot just off of and that was something of an eyesore in an otherwise nice, quiet residential neighborhood. It was referred to as "the junk yard" by local residents, as junk had accumulated in the lot over the years. An old mattress, tires, wooden pallets, pieces of broken down furniture, car parts, tin cans, bottles and lots of other crap. There was even an old steel garbage can there, filled with garbage, naturally.

A wooden fence directly behind the lot was plastered with old advertising posters for local businesses, political candidates from elections past and whatnot. "Enjoy the fabulous Neuman Burger. Exclusively at Neuman's Drive-In," read one prominent billboard. Neuman's Drive-In had gone out of business a few years back when McDonald's moved into the neighborhood. "Drink Col. Davenport, the 100 proof whiskey" read another. "Vote No on Proposition 21" urged yet another. No one even remembered what Proposition 21 was. There was even an old, outdated poster of Reddy Kilowatt promoting a local utility, saying "Electricity is penny-cheap." The electric bills people were getting from that same utility by that time indicated otherwise.

A group of neighborhood boys, classmates at the nearby school, most hovering around the age of 12, adopted the junk yard as their "official headquarters." The boys were Darren Armstrong, Don Russell, Todd Edwards, Mark Erickson and his brother Chris, who was a couple years younger. With school out for the summer, these boys were spending a lot of time hanging out "down at the junk yard." It might not have been the most ideal playground, but it was a place they could call their own (or so they thought), with lots of "neat stuff" lying around. Their parents didn't object, as long as they would "be careful" and were home by suppertime.

On a warm, sunny, somewhat humid late morning in June, the five boys were hanging out there, two of them sitting on an old, rotting couch, another on an old chair and the others on a tire and a pallet, all drinking from a six-pack of Seven-Up and eating from bags of candy procured from the nearby corner store as they enjoyed their summer vacation. And what would be more appropriate to consume in a junk yard than junk food?

"I tell you, man, this is the life," Don said. "No school, no rules, and we're drinking pop, eating candy and sitting amongst all this beautiful junk. It doesn't get any better than this."

Darren spoke up, holding up his can of Seven-Up. "I have a proclamation to make. I proclaim we are the Junketeers. All for junk and junk for all!"

"Yeah! Right on!" the other boys cheered, raising their fists.

Little did the guys know that some girls they went to school with had their own designs on the junkyard. Mrs. Dorsey, a longtime community activist who lived a few blocks up on , was organizing her 12-year-old daughter Lorna and some of her friends into Mrs. Dorsey's Neighborhood Beautification Committee. Their mission was to clean up and beautify the neighborhood, especially the junk yard over on , which Mrs. Dorsey called "blight on our community."

From the committee's official headquarters in the family dining room, Mrs. Dorsey got the girls fired up in a crusade to clean up and beautify the neighborhood. Over the course of a week, they went out carrying bags and picking up litter in the streets and sidewalks. They drew up leaflets at the dining room table promoting their cause, printed them up on the Mimeograph machine Mrs. Dorsey had in the basement and handed them out all over the neighborhood, chatting with people about their mission. They even took a set of acrylic paints and painted up the old red fire hydrant on the corner of 58th and Emily in pinks and yellows and greens and purples to make it "more pretty." It was illegal, but who was going to stop them?

Then they decided to stroll on over to , where the boys were playing a game of "junk baseball" using a wooden stick for a bat, and an old sparkplug for a ball.

"Oh no, here comes Lorna and her friends," Darren said. "So what's up Fore-lorna?"

"Don't call me that," Lorna responded. “We're in my mom's neighborhood beautification committee, and we're gonna clean this place up and turn it into a community park. It will be a place of beauty for everyone to go."

"The hell you are," Don protested. "This is our junk yard!"

"It's not 'your' junk yard," Lorna retorted. "And anyway, why do you even want to play around all this junk? Somebody could get hurt here. My mom says it's unsafe, and an eyesore and an ugly blemish on the neighborhood."

Jessica chimed in. "After we get rid of all the junk, we have to paint this fence and get rid of these ugly billboards." Pointing to the Reddy Kilowatt character on one of the posters, with his electric bolt body and light bulb nose, she said, "That thing looks creepy!"

Debbie pointed to the Col. Davenport whiskey sign. "Eew! My grandpa drinks that! It makes him talk funny."

"Hey, wouldn't it be nice to have flower gardens along the fence, and maybe a fountain over here as sort of a centerpiece…" Lorna suggested.

"Oh, and maybe a little playground over here," added .

The boys finally had it. "All right, that's enough. Get out of here," Darren told them. "Go vandalize another fire hydrant. This junk yard is ours!"

"Oh, we'll be back," Lorna giggled. "Tooteloo, boys!" The girls waved to them as they walked off, laughing.

Later that afternoon, the girls had a discussion with Lorna's parents about how to proceed. "You could just bring your pickup truck, Dad, and we could all help clean up the junk and then it could be hauled away," said Lorna.

"Just hold on there," interrupted her father. "It may be a good idea, but you've got to get permission from the property owner before doing anything like this. You can't just walk on his property and haul things away. It's his stuff and his land."

Seeing the disappointment on the faces of his daughter and her friends, he said, "I'll tell you what. I will contact the owner of the property. I will tell him we will volunteer to clean up his property if he gives his permission. He might say no but he could say yes too. It couldn't hurt to ask." The girls became enthusiastic again.

The next day, after coming home from work, Mr. Dorsey announced that he talked to the property owner and he gave them permission to clean up the junk yard if they do it that weekend. The owner told Mr. Dorsey, "I was going to hire a firm to clean it up. But if your neighborhood group is willing to do it for free, have at it."

Lorna jumped around in excitement and immediately called all of her friends to tell them the news.

That Saturday morning the Dorseys and Lorna's friends arrived bright and early at the junk yard. Mr. Dorsey brought his pickup truck, junk was tossed into the back of it and several trips were made to the city dump. Passersby stopped to chat, thanking them for doing it, and people driving by honked their horns in support. When most of the junk was cleared out, they began working on the fence, pulling down or scraping off the old advertising posters, and spreading several gallons of latex paint over it, making it look new.

It wasn't until later in the afternoon that the junk yard boys arrived only to find their beloved junk yard was…gone! They made a lot of noise about it, but there wasn't anything they could do about it.

"We got permission from the property owner to clean it up," Lorna boasted. "We're gonna turn it into a community park. But we'll let you play here too, if you're nice to us."

The boys just grumbled and stormed off. Meanwhile a reporter from the neighborhood newspaper interviewed the girls about their effort and took pictures, and the article appeared on Tuesday when the weekly paper came out and was delivered to every doorstep in the neighborhood.

But the girls' ambitions to build a community park were short-lived, as they returned a few days later only to be met with construction crews in hard hats and bulldozers. As it turned out, the property owner had already intended on building a new office building there, and took advantage of their offer to clean up the property for free.

Before long, the office building was up and the junk yard forgotten about. The junk yard boys and the girls of Mrs. Dorsey's Beautification Committee set aside their differences eventually. Lorna and Darren even dated for a time in high school, and she worked as a clerk in the office building a few years later while she was attending community college.

Decades later the old neighborhood has changed a lot. The office building is still there, expanded over the years, taking out nearby houses. The community is much more diverse now than it used to be, many of the smaller houses have been replaced, and franchise stores and big retailers have come in, replacing the corner stores and service stations that used to make up the business district of the neighborhood.

Darren, Don, Lorna and the others have moved on and most of them have kids of their own. And there is no way they would ever even think of letting their own kids play by themselves as they did as kids, much less in a junk yard.